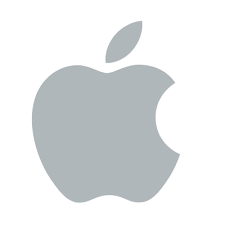 As Apple introduces iOS 15’s new privacy features this week at the WWDC, we’re to expect even more consequences within the digital marketing industry. Kate Lindars discusses what we know so far about the latest changes, and how we can respond ahead of the September 2021 release.

As the Apple Worldwide Developers Conference (WWDC) kicked off earlier this week, Apple has delivered yet another blow to the digital-advertising industry in the form of even more privacy upgrades in line with its new iOS 15 operating system.

So what exactly will change? Here’s what we know so far on the confirmed privacy upgrades and areas affected:

1. Email tracking – one major privacy rollout within Apple’s own email app targets ‘invasive email tracking’. Previously, marketers could implement small pixels in order to gather data such as when an email had been opened, IP address and even location, but users and now able to ‘turn off’ the option for trackers to do so. It is not yet known how users will opt-in for the option, and for that matter, whether it will be opt-in only (from what we know of Apple so far, most likely!), but this will inevitably have a big impact on email campaigns, inbound marketing and CRM platforms.

2. Updates to the privacy dashboard – following on from Apple’s previous announcement on the ‘opt-in’ across all apps as part of iOS 14 App Tracking Transparency, additional features will also be implemented to further enhance its privacy features. The new iOS 15 dashboard changes include allowing users to see when, where, and how data is being used, as well as which apps have permission to do so. So far we know that this will be rolled out on Maps, Wallet, and weather, and we can assume many more. What’s more, all Apple users will be able to pull a quick and easy privacy report to detail data usage. It’s understood that this will also cover app access to mic, camera album and geographic data, along with how often each feature is used.

3. Siri to work offline – Apple’s virtual assistant will now be able to track speech offline, whereas currently, Siri requires full internet connection. As a result, audio and voice data will not leave the device. And this does more than improve privacy protections, it will also make it much, much faster.

With the latest iOS 15 news comes a certain amount of dread for markets, feeling like it’s a constant scramble to get ahead of Apple’s next move. Yet, with rumours that iOS 15 won’t be released until early September, there’s time to get as best prepared as possible. Inevitably, we’ll be dealing with far less data, and the data itself much less granular, which means dedicating time to rethinking strategies, diversifying advertising and refining reporting.

Despite the hit to the advertising industry, it must be said that the tech giants latest privacy updates are certainly a step in the right direction when it comes to privacy awareness. People want more transparency over how, when and where data is being used, and iOS 15 certainly enables such exposure.

Reach out to one of our team to learn more about our services and how we can help your business thrive.